You are here: Home / Meaningful Work / Achieving Self-Ownership Through Skin in the Game

“What matters isn’t what a person has or doesn’t have; it is what he or she is afraid of losing.“—Nassim Nicholas Taleb (from Skin in the Game)

Once upon a time, a wild wolf stumbles his way into a suburban neighborhood in Orange County, California. “Hmm, quiet neighborhood,” the wolf thinks to himself, “wonder if there’s anything to eat around here.”

As he strolls past house after house, and Tesla after Tesla, sniffing around for something to put in his belly, he—all of a sudden—hears another animal.

It’s definitely not another wolf, but it sounds distantly familiar… The wild wolf was hearing the barks of a domesticated dog.

He picks up his speed and walks towards the barking.

Soon enough, a friendly dog walks up to the wolf and says “Yo! Whattup dog!”

And, after a bit of banter, the domesticated dog and the wild wolf become friendly and start chatting about life.

The dog starts boasting to the wolf of all the comforts he gets to enjoy in life: he gets three square meals a day, a few treats thrown in between meals, and—the best part—he doesn’t have to hunt for any of it.

In fact, the food is served to him on a silver platter—well, a silver dog bowl, but that’s beside the point. The point here is that this dog is ballin’ outta control like a 20-year old rap star with no financial fitness.

Other than having a belly full of food and all the leisurely time in the world, he’s even got humans who show him love and affection—something the dog absolutely loves.

And so, the dog continues gloating to the wolf about the abundance of comforts and luxuries he gets to enjoy—enticing the wolf so much, that he starts thinking about leaving the wolf-life entirely and embracing the way of the dog instead…

“Think about it,” says the dog. “No more hunting. No more going hungry. And no more pretending to be a tough guy when all you wanna do is get laid and get paid.”

So, the wolf starts thinking about how he could pretend to be a dog—just envisioning it gets him excited.

But then something interesting happens…

The wolf notices a little collar tied around the dog’s neck—a collar that the dog must wear at all times, put in place by his owners.

After learning about what the collar is used for, the wolf is absolutely shocked and mortified.

He then looks at the dog and says “of all your meals, I want nothing.” The wolf then turns in the opposite direction and begins to run away.

So, what would you rather be? A dog, or a wolf?

When the wolf decided not to live like a domesticated dog, he decided that self-ownership was more important than the perception of being free.

Sure, by running away to the wild, the wolf accepts all manner of risks – from being attacked, to going hungry, to being subjected to harsh weather conditions.

The wolf has to work hard and hunt for his food. The food may not always be as delicious as the dog’s, but it will still taste better, because the things we cherish most are the things we’ve worked hardest to get.

The bottom line is this: The wolf has his freedom. The dog does not. And freedom is never free.

Self-ownership—being truly free to say and do what you want without being afraid of the blow-back—is something I value more than almost anything else.

I got the idea for this piece wile reading Nassim Nicholas Taleb’s book, Skin in the Game. In the book, he tells us that most employees are as submissive to their bosses as dogs are to their owners.

He tells us that being an employee is a sign of domestication, signified by a person’s willingness to give up their personal agency (self-ownership) for nine hours a day—for years upon years upon years on end. He says that this makes most employees little different in their behavior than an obedient, housebroken dog (but NOT a wolf.)

But in his heart he knows he has no real freedom. He knows he’s wearing a pair of golden handcuffs, which is no different than the fucking collar you’d put on a dog.

What difference is any of this from being a domesticated dog that thinks he’s got everything he needs in life, so long as he wears his collar and stays in his little cubicle? What difference is it from slavery?

I am telling you right now, that there is no difference.

And I know this from experience—just as you and hundreds of millions of other people probably also know from experience—that being an employee is like being a domesticated dog.

Which prompts a question worth asking yourself: Are you a dog? Or are you a wolf? And if you’re the former, do you care enough to do something about it?

Previous Post: « Turning Weakness into Strength
Next Post: Self Development and Communication: 6 Ways to Elevate Your Life by Elevating Your Communication » 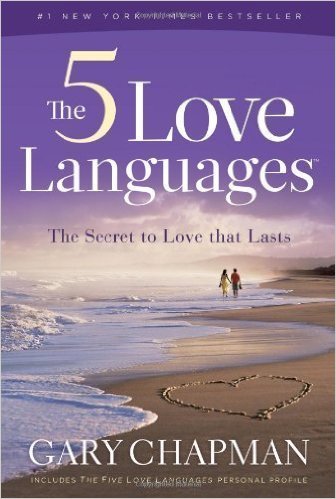 The Ultimate Guide to Working From Home: 26 Tips for Maximum Productivity

How to Find Your Why + Communicate Your Purpose

The Ultimate Guide to Developing Self-Discipline